Another Successful 'All Devon' Meeting!

Fourteen people, representing five of the seven Green Party branches in Devon, gathered again at The Palace Gate Centre in Exeter on Saturday, 23rd January 2016.  (Representatives of the other two branches sent their apologies) 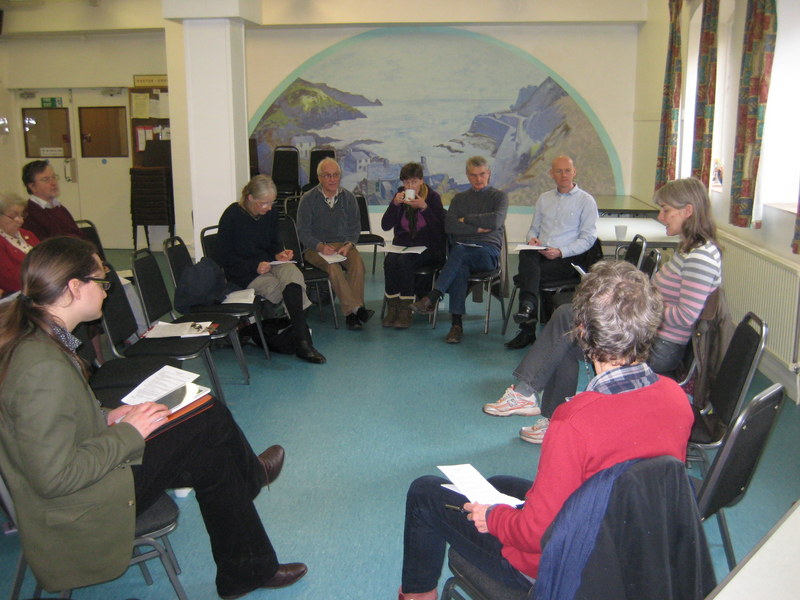 (Some of the branch representatives, at the meeting)

The format for approaching County Council elections, first used in March 2011, was again put into practice.

The meeting was chaired by Anna Clarke (SDGP) and, for the last half hour, by John Green (SDGP). Owing to their very able chairmanship, the full list of points listed for discussion were completed, including a 20 minute refreshment break and there were fifteen minutes left to spare at the end!

A number of the attendees used this time to have a brief discussion of the proposed 'Local Enterprise Partnership.'

Minutes of this meeting will be forwarded to all seven local branches shortly.

The Palace Gate Centre has again been booked for the next two quarterly All Devon meetings.

Please enter these dates in your Branch Calendar.