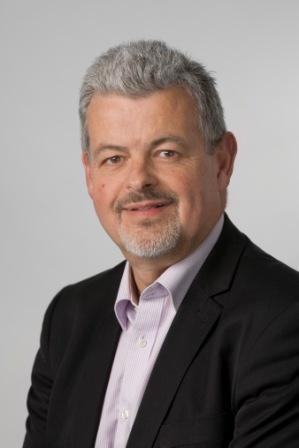 Mr Win Scutt, the Green Party’s Parliamentary candidate for South West Devon, has been hitting the streets of local towns to talk to local residents and there are still lots of opportunities for people to meet him between now and the elections.

The Green Party has been holding regular information stalls outside the Co-op in Ivybridge over recent years but is also visiting Totnes, Kingsbridge, Plympton and Plymstock over the next couple of months, to give people the chance to find out more about what they stand for and to meet local candidates.

'I have helped on the information stalls in Ivybridge for the past couple of years and we always get a positive response from local people. We were in Plympton the other day and we had some interesting conversations with local people about education, housing, energy and transport. People like to have the chance to meet their parliamentary candidates face-to-face and Win has been getting a wonderful reception.’

Mr Scutt has lived and worked in the South Hams for over thirty-six years and currently lives in Ermington with wife Nicky. He has worked in Plymouth University, managed the Plymouth Dome when it was an attraction and is currently a curator with English Heritage. His lifelong interest in people, along with their interactions with the physical and social environment, has led to him getting involved in politics and he has found that the Green Party most closely fits with his beliefs.

Win commented:
‘I am really enjoying meeting local people and finding out about the issues that matter to them. In turn, people are also interested to hear more about what the Green Party stands for, such as an end to austerity, a living wage rather than a minimum wage and a new generation of council houses. We also have strong policies on stopping further privatization of the NHS, scrapping Trident and a Robin Hood tax on the banks.

Win has also attended a wide variety of public meetings and events and is looking forward to a hustings event with all the other South West Devon candidates on the evening of the 17th April in the Watermark, Ivybridge. The event is free but tickets are available from the Watermark.

Information on where and when the next Green Party information stalls are going to be held can be found on the calendar but people are welcome to get in touch with Win at win.scutt@greenparty.org.uk / 07960 718542.