Singing From the Same Song Sheet

A convivial gathering of Green Party members was held at Dartington Village Hall on the evening of Saturday 14th March. 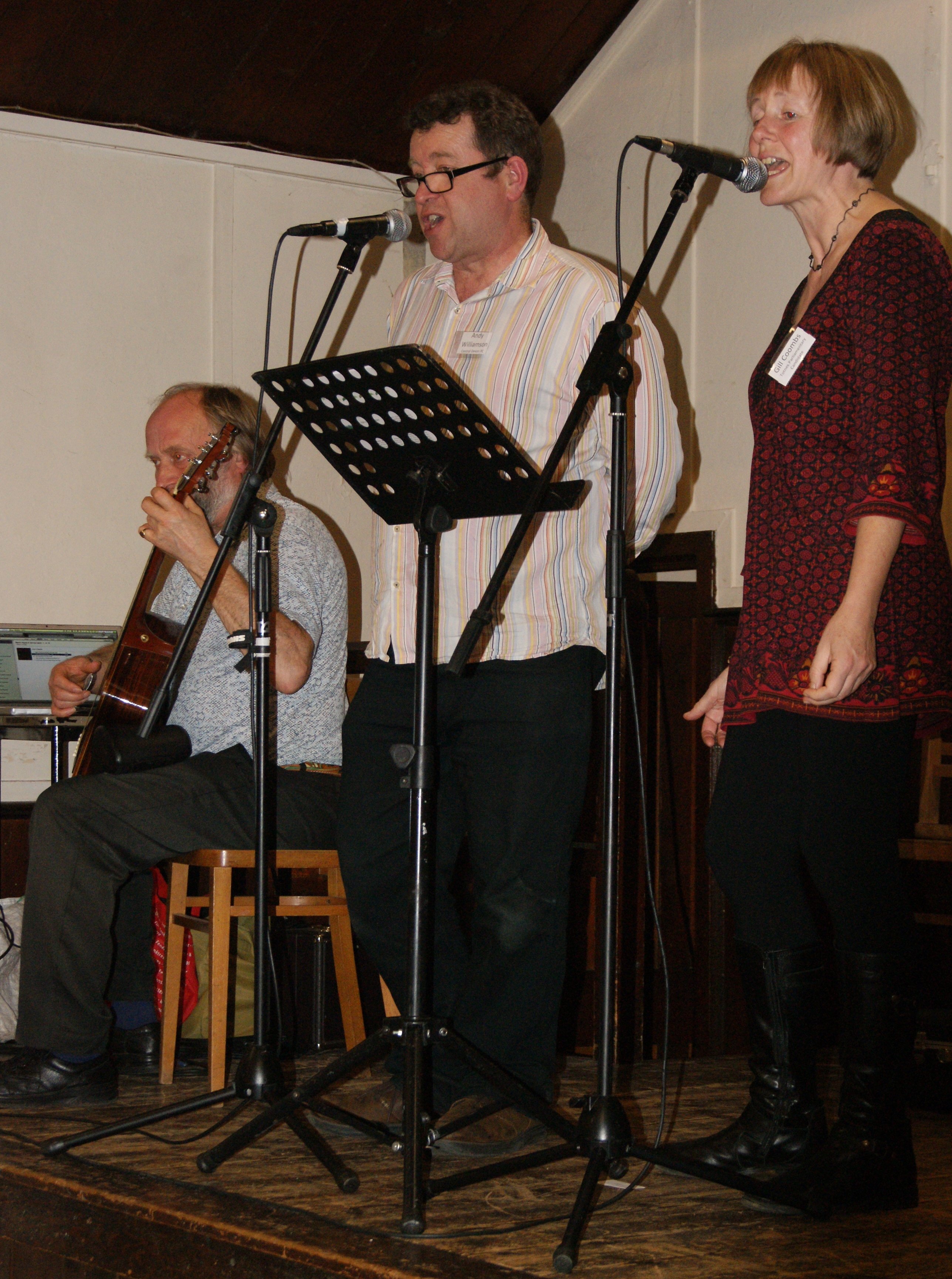 The participants were entertained by Parliamentary candidates Gill Coombs (Totnes) and Andy Williamson (Central Devon) giving a harmonious call to action. They were supported by the talented David Bailey on guitar. Their rendition of "Go Green" enhanced the occasion of a shared supper and gave added impetus to the campaigning in the forthcoming General Election. Later Keith Clement joined the ensemble to provide musical entertainment with his guitar and mandolin; Andy also added his saxophone to give a lively backdrop to the event.
Around forty five members both new and veteran attended the event which had much stimulating discussion, sharing of ideas and gave an opportunity to put faces to names. The evening was a great success and boosted peoples determination to get the Green message across.